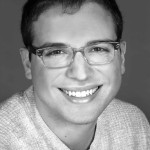 After two years of workshopping around the country, Endicott native Santino DeAngelo is very proud to bring his new musical back to his hometown for an exclusive sneak-peek as it continues it’s journey towards the great white way. After much acclaim, this staged-reading / workshop is your backstage pass to the artistic process—a chance to see what goes into making a broadway musical come to life! See the staged reading of ANOTHER HAPPY ENDING at the Schorr Family Firehouse State on Thursday, June 12 through Saturday, June 14. Each reading will be at 7:30 PM.

ANOTHER HAPPY ENDING will be directed by Cara Reichel, with musical direction by Peter Mills of Prospect Theatre Company in Manhattan. Reichel and Mills have received national recognition for their directing and composing. Mills won the Kleban award in 2007, the Fred Ebb award in 2007 and the Richard Rogers new Horizons award in 2003. Reichel is a director and writer of distinction with an outstanding director IT award nomination and the 2002 Lucille Lortel Award for Emerging Women Artists. The staged reading will feature Nick Corley, who directed Marco Polo at the Schorr Family Firehouse Stage in 2012. His Broadway credits include Mary Poppins and Edwin Drood. The cast includes other up-and-coming professional actors from New York City: Andrew Boetcher, Adam Daveline, Daniel Emond, Ian Fairlee, Iris Sharp, Hana Slevin, and Shaina Vencel.

Set upon an Elizabethan stage, ANOTHER HAPPY ENDING tells the story of Clown, a raucously funny fool, and Student, an apprentice fool with idealistic and didactic aspirations. The musical takes place upon the night of Student’s graduation, a time honored ritual where these two fools must please their audience under penalty of death. They begin to tell a whimsical mash up of all fourteen Shakespearean comedies but the artistic divide is not an easy bridge to gap and, as tensions mount between teacher and pupil, Shakespeare’s iconic characters (and the audience) get caught in the crossfire of high and low comedy—each comedian attempting to redefine what it means to find, have, and ultimately make their own happy ending.

Funding is provided, in part, by a project grant from the Broome County Arts Council’s United Cultural Fund.

“We are pleased to be a part of this collaboration and to have brought Santino, Cara and Peter together when they worked together of previous NEA funded projects between the Goodwill Theatre and Prospect Theatre,” said Naima Kradjian, Goodwill Theatre CEO. “Our Broadway Bound projects in 2006, 2010 and 2012 have been exciting and instructive. We are happy to continue to provide a nurturing atmosphere for composers and lyricists so that more and more new work can be showcased in our space. It is especially rewarding to be able to support a local artist like Santino!”