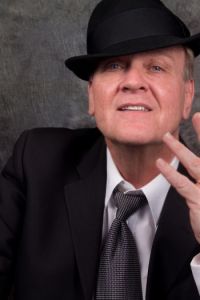 Celebrate the “Chairman of the Board” on his 99th birthday with Echoes of Sinatra on Friday, December 12 at 7:00 PM, at the Schorr Family Firehouse Stage. Steve Kazlauskas, accomplished singer and recognized authority on Frank Sinatra, will perform a musical tribute to Ol’ Blue Eyes as a part of the Goodwill Theatre’s 2014-2015 Songbook series sponsored by Mondorf & Fenwick.

Echoes of Sinatra is a celebration of a great American icon featuring interesting insider stories and the famous music of Frank Sinatra while tracing his life and career.  Steve Kazlauskas performs many of the classic songs that are now considered part of the Great American Songbook; these songs are rightfully part of that collection, as Frank performed music written by the best songwriters and lyricists of his day, and worked with Nelson Riddle and other brilliant orchestrators.

“We’re excited to start a year-long celebration of Sinatra, beginning on his 99th birthday with this performance and culminating next year on his 100th birthday with an all-Sinatra commissioned concert from the Mason Warrington Orchestra,” said Naima Kradjian, Goodwill Theatre CEO. “We’re especially happy to have a performer of Steve’s caliber as well as his band for an absolutely wonderful evening in the theatre.”

Steve Kazlauskas is recognized as one of the foremost authorities on Sinatra and his music. He was inspired to become a singer by corresponding directly with Ol’ Blue Eyes through the mail. Steve has made it his personal mission to keep the music of Sinatra alive while perfecting his interpretation of that famous style. He has performed throughout the country; from east to west, and north to south. He captures the sound, feel and expression of Sinatra with amazing accuracy while bringing his own unique interpretation to the music. Steve is a true tribute artist and makes no attempt to be a look and sound alike clone. With a vocal range that allows him to sing Frank’s songs in their original keys, he’s able to reach and sustain those high notes and croon softly on those signature low notes that were part of Sinatra’s distinctive singing style. His fans agree, it’s about the next best thing to hearing Frank himself perform this timeless music. He continues to delight and educate audiences about this true American icon while keeping the great American songbook alive and well.

Joining Steve for this night of iconic music are Christian Martirano at the keyboard and Tony Traina on drums. 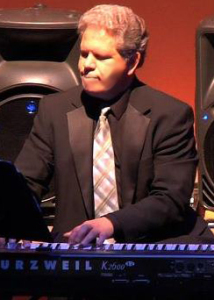 Christian Martirano, musical director and keyboardist, began piano studies at age 5 and holds a Master’s Degree in Music. He has recorded on many major record labels, Atlantic’s ATCO and Vision Records. As Director for Kurzweil, he helped to develop world class synthesizers used by Stevie Wonder and Herbie Hancock. 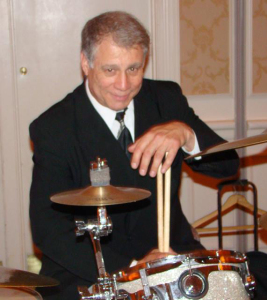 Tony Traina, band leader and drummer, has been performing across the USA since the late 1970s.  He has performed on Saturday Night Live, The Late Show with David Letterman, on Broadway and studio session work.  He performs on the Club Date Circuit with his own orchestra and band, keeping music close to his heart.

Tickets for Echoes of Sinatra are $25 for adults, $20 for seniors and students. The Firehouse also offers a 20% discount to veterans and teachers; however, discounts cannot be combined. Tickets can be purchased online at: www.goodwilltheatre.net or by calling the Box Office at (607) 772-2404, ext. 301.