Leave your worries at the doorstep and join Christine Lavin and Don White as they present a night of comedy unlike any other, The Funny Side of the Street: A Night of Brighter Laughter. This dynamic duo knows how to create social comedy out of everyday life scenarios. The best way to sum up Don and Christine would be the Sunday Funnies coming to life on stage.  Don White and Christine Lavin will be at The Schorr Family Firehouse Stage on Friday January 8, 2016. The Funny Side Of The Street is part of the Big Apple Comedy Club Series sponsored by Bates Troy and Visions Federal Credit Union and is underwritten by the Schorr Family. 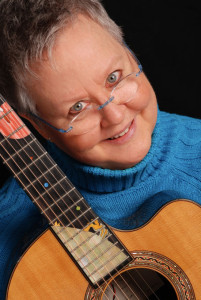 Since emerging from the NYC singer/songwriter scene in the late 1980s, (along with Suzanne Vega, Shawn Colvin, John Gorka, etc), Lavin quickly established herself as an entertaining tour de force.  Quick on her feet, witty, insightful, engaging, she remains one of the most popular and respected performers in the genre.

Christine has also been at the forefront of finding and promoting extraordinary new talent.  She founded a songwriter’s retreat on Martha’s Vineyard, the On a Winter’s (and Summer’s) Night tours), The Four Bitchin’ Babes, Laugh tracks among many other projects, in the process releasing more than 10 compilations CDs, as well as more than 20 of her own. 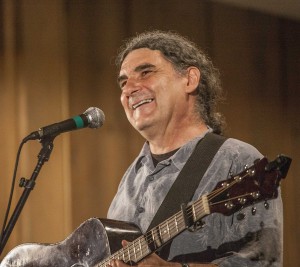 Her co-conspirator, Don White, is the latest artist that Christine has championed.  “He’s such an original; I call him sometimes a ‘blue collar intellectual,’” Lavin says. “Don has extremely high standards when it comes to what he does onstage. And he hits a grand slam every time. The first time we worked together he opened for me and it’s the only time in my entire career that I opened with a ballad because he was so funny, the audience was so laughed out.

“It doesn’t sound like a folk concert, it sounds like a comedy concert,” says White of his laughter-inducing co-bills with Lavin. “We rehearse and we rehearse and then inevitably, she’ll throw something at me that I have no idea about, with a mischievous grin that lets me know she’s been thinking about it all afternoon. Just to see what will happen. And she’s taught me to do the same.”

Audiences are looking for something fun, fresh, smart, and intriguing as well as thoughtful:  On the Funny Side of the Street does just that.

Tickets for The Funny Side of the Street are $15. The Firehouse offers a 20% discount to veterans and teachers; however, discounts cannot be combined. Tickets can be purchased online at: www.goodwilltheatre.net or by calling the Box Office at (607) 772-2404, ext. 301.

Purchase tickets for The Funny Side of the Street.