In Bam! It’s Magic the old tropes of magic like tigers and showgirls are replaced with sleight of hand, charm, and comedy. Bam It’s Magic has always been a magic show with a comic twist and this year is no different with the feature of Derek Hughes, the Stand Up Magician. You may recognize Hughes from his many T.V. appearances such as his Top 10 run on America’s Got Talent and now is your chance to catch him live! On stage Boyce and Hughes, travelling from NYC and Los Angeles respectively, will create memorable moments assisted by members of the audience for memories that will last far beyond the performance. Bam! It’s Magic starring Alexander Boyce and Derek Hughes at the Schorr Family Firehouse promises to be an evening that those in attendance won’t soon forget. 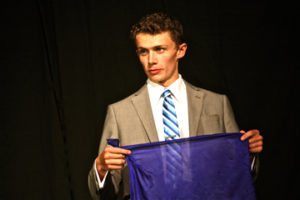 Alexander Boyce’s appearance accompanied by the Philadelphia Orchestra was hailed as “Enchanting” by the Philadelphia Inquirer. Training began for him at the age of 11, when he began attending the prestigious Tannen’s Magic Camp. Since, he has been invited back as an instructor and has continued his own training as a Drama student at NYU Tisch. He is a frequent performer at Monday Night Magic, NYC’s longest running magic show. Boyce’s magical work was recently put to use as the Magic Consultant at Lincoln Center on How to Transcend a Happy Marriage by Sarah Ruhl starring Marisa Tomei, and the upcoming Netflix feature, The Week Of, starring Adam Sandler and Chris Rock.  BoyceMagic.com 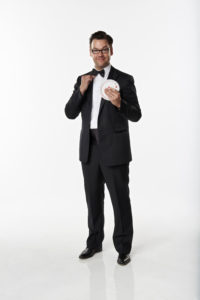 Derek Hughes: The live performances of celebrated conjurer, “Stand Up Magician” Derek Hughes, have been lauded by audiences and critics alike, with the New York Times calling him “thoroughly entertaining.”  Hughes has performed his magic on MTV, VH1, Comedy Central, and the CW’s Penn & Teller: Fool Us.  He’s a consulting producer on TRUtv’s hit magic series, The Carbonaro Effect and was a top ten finalist on NBC’s America’s Got Talent.