SOLD OUT- BAM! - It's Magic featuring Alexander Boyce with Mike Caveney and Tina Lenert Friday, January 18, 2019 at 7 PM DUE TO THE IMPENDING

In Bam! It’s Magic the old tropes of magic like tigers and showgirls are replaced with sleight of hand, charm, and comedy. Bam It’s Magic has always been a magic show with a comic twist and this year is no different with the feature of Tina Lenert and Mike Caveney. 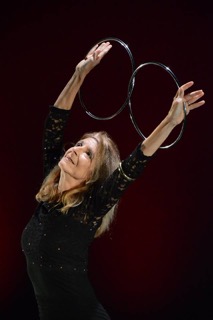 TINA LENERT has performed Worldwide and is known for combining elements of pantomime, magic and music. Besides being an Award Winning Magician, Tina is also an incredible musician, playing both the harp and guitar. Tina is a past Academy of Magical Arts Award Recipient, winning Stage Magician of The Year, and is a regularly performing Magician at The World Famous Magic Castle in Hollywood. 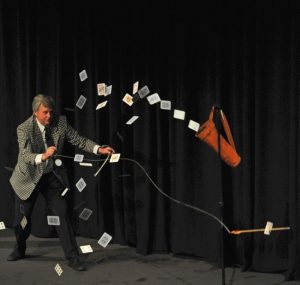 MIKE CAVENEY also performs Worldwide, is a favorite at The Magic Castle, and is the Current Stage Magician of The Year, as recognized by The Academy of Magical Arts. Mike is also one of the most respected historians of magic, an accomplished author and publisher, and one of the producers of The Los Angeles Conference on Magic History. 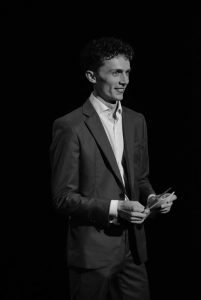