Featuring the best talent from the NYC Ladies of Laughter contest, this is standup comedy at its finest!

SORRY. THIS PRODUCTION IS SOLD OUT! CHECK OUT OUR NEXT COMEDY – THE BITCHY WAITER ON OCTOBER 18-19! 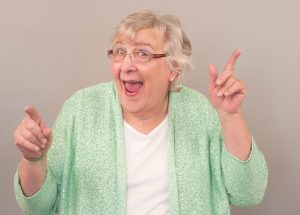 Julia Scotti is a nationally headlining comedian, former teacher, author, speaker, and woman of transgendered experience. She was a quarter-finalist and fan favorite on season 11 of America’s Got Talent on NBC in 2016. Originally from Fairview, New Jersey, for the first 48 years she was better known as comedian Rick Scotti. In 2000, Julia left comedy to begin her life altering transition, and also to begin her new career as a teacher, where she remained for seven years. She was self-employed for a time, but in 2011, after a ten year layoff from comedy, Julia returned to the stage. Her new brand of comedy is fierce, honest, and fearless. She has been described as a “force of nature”, “a cross between Sam Kinison and Mrs. Doubtfire”, and like a “chainsaw flying through the room”. Julia was a quarter-finalist on season 11 America’s Got Talent in 2016. She was a judge’s favorite with Simon Cowell saying “you genuinely made me laugh”, and Howie Mandel quoted as saying “you have so much to offer, you are a joy.” In 2012, Julia had been named one of the Top Five Transgender Comedians in the country by Advocate Magazine. Since then, she has gone on to become the first transgendered woman and finalist in the New York Based Ladies of Laughter Competition. She has performed at the Boston Comedy Festival, and in 2014 was one of the winners of the Laughlin Laugh Festival in Nevada.

Ellen Karis is the “Greek Goddess of Comedy,” and has had a successful 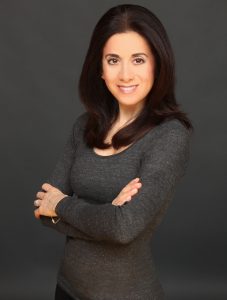 career performing in North America alongside such notable comics as Drew Carey, Jimmy “JJ” Walker and Sebastian Maniscalco. The entertainment industry has hailed her as the “little dynamo,” given her petite stature, strong improv skills and her ability to build a quick rapport with any audience. Born and raised in NYC in a traditional strict Greek home, her brand of sarcastic, observational humor has been described along the same lines as comedy legends Joan Rivers and Richard Lewis. Her energy and passion to bring laughs to any crowd is a must see as she jokes about her marriage and family, trying to make it in show business against all odds, addiction to sweets and the absurdities of the ever changing pop culture, youth obsessed world we live in. Available for purchase, her hour comedy special “By the Way, I’m Ellen Karis” filmed in New York City, has received rave reviews. Ellen enjoys acclaim and popularity in the Greek-American community, as she is one of the few Greek female stand-up comedians performing today with her hit One-Woman Show “Greek Chicks Rule”. Ellen is passionate about healthy living and wellness and actively participates in several philanthropic causes such as raising funds for Ovarian Cancer Research and Transcendental Meditation to Veterans with PTSD.