Featuring the best talent from the NYC Ladies of Laughter contest, this is standup comedy at its finest! 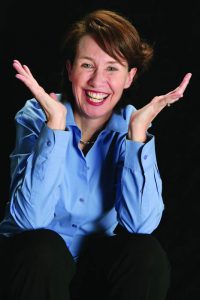 Comedian and mom JANE CONDON lives in Greenwich, Connecticut, but she’s still a nice person. She has two boys. Otherwise everything’s fine. The Associated Press has dubbed her “an uppercrust Roseanne” and The New York Times says, “Condon had the audience cackling, guffawing and in hysterics as she sliced through marriage, husband, kids, politics and other topics.”

She loves to tell stories about her adventures (mostly survival tales) with her husband and kids.

Condon was named one of 10 Comedy Best Bets in Back Stage’s annual comedy issue. She has appeared on ABC-TV’s “The View” and LIFETIME TV’s “Girls’ Night Out” and FOX-TV’s series finale of “24.” She won “Audience Favorite—New York” on NBC’s “Last Comic Standing.” She also won the nationwide Ladies of Laughter Contest and appears in theatres around the country with the Ladies of Laughter: Funny & Fabulous Tour. Jane was the 2011 commencement speaker at Wellesley College (her alma mater). In 2012, she delivered the commencement address at the University of New Haven. Most recently, she appeared on NBC’s “Today Show” and Nickelodeon’s “NickMom Night Out.” 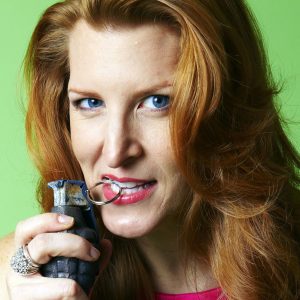 Already striking as a tall redhead, Veronica Mosey has a solid reputation as a comedian with incredible stage presence who engages audiences with truthful observations and the likeability of your funniest friend. Her fiery performances feature impressions of famous and every-day characters combined with make-you-think material.

She was labeled  “One of Five Comics to Watch” by Rolling Stone Magazine and has been seen on Comedy Central, The Tonight Show, Dr. Phil, Fox News Channeland VH1 as well as at HBO’s Aspen Comedy Festivaland the TBS Las Vegas Comedy Festival. She was also a contributing joke writer on Jerry Seinfeld’s The Marriage Ref. Veronica is one of only a handful of female comics who appears regularly at all of the top clubs in New York City including the prestigious Comedy Cellar and Gotham Comedy Club. She has also appeared internationally in Montreal, Canada, at the Stockholm Comedy Festival in Sweden, and most recently, in Melbourne, Australia.