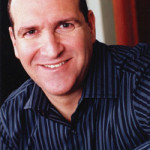 A fully sung Stage Reading of the new Broadway Bound 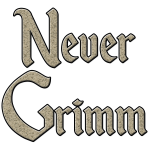 NEVER GRIMM is big family musical, a cross between Wicked and Spamalot, exploring the true meanings, and surprising stories behind Mother Goose’s nursery rhymes. NEVER GRIMM finds new insights and significance in tales beloved for generations by all age groups, and uses both sophisticated and zany humor to turn these old tales on their head.  At the beginning of our story we find ourselves in Nursery Rhyme Kingdom, where all the characters, LITTLE MISS MUFFET,  JACK and JILL etc…are depressed because the modern human world is no longer as interested in Mother Goose’s nursery rhymes as they are in the tales from Grimm Fairy Tale Kingdom, which is right across the border.  King Cole’s orange-skinned, right hand man, PETER PETER uses the characters’ discontent to take over the kingdom and he imposes a unique tyranny of thought.  But a new character, with a mysterious background and a magical singing voice, MELODY, discovers that something is rotten in Nursery Rhyme Kingdom. She sets out with ITSY THE SPIDER on a quest to discover her true history and the true meanings behind the rhymes, and in the process sparks a revolution. Turns out a rhyme can change the world, or at least a fairy tale kingdom.