LOL Comedy Club Series NYC LADIES OF LAUGHTER Featuring finalists from the NYC Ladies of Laughter contest, this is standup comedy at 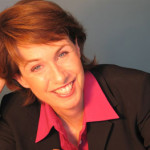 Comedian and mom JANE CONDON lives in Greenwich, Connecticut, but she’s still a nice person. She has two boys. Otherwise everything’s fine. The Associated Press has dubbed her “an uppercrust Roseanne” and The New York Times says, “Condon had the audience cackling, guffawing and in hysterics as she sliced through marriage, husband, kids, politics and other topics.”

She loves to tell stories about her adventures (mostly survival tales) with her husband and kids.

Condon was named one of 10 Comedy Best Bets in Back Stage’s annual comedy issue. She has appeared on ABC-TV’s “The View” and LIFETIME TV’s “Girls’ Night Out” and FOX-TV’s series finale of “24.”

Jane was the 2011 commencement speaker at Wellesley College (her alma mater). In 2012, she delivered the commencement address at the University of New Haven.

Most recently, she appeared on NBC’s “Today Show” and Nickelodeon’s “NickMom Night Out.”

JULIA SCOTTI – “Hilarious, powerful, dynamic and real.” “Like a comedy chainsaw flying through the room!”

These are just some of comments being made about this brilliantly funny, remarkable comedian and 2012 Ladies of Laughter Finalist.

Julia’s high-octane machine gun delivery, combined with her hilarious, groundbreaking, intelligent and thought provoking views on most everything have ignited a buzz all across the country. Julia performs regularly in Atlantic City, Vegas, Reno and comedy clubs everywhere.

In 2014, Julia was one of the winners of the Laughlin Laugh Festival in Laughlin Nevada, and she has been named one of the top 5 Transgendered Comedians in the country by The Advocate.

This year, Julia will be the subject of a documentary produced by award winning writer and producer, Susan Sandler.

Everywhere she goes, Julia creates legions of loyal fans of ALL ages and ALL persuasions who just can’t get enough of this Crazy old lady of Comedy.

More information on the Ladies of Laughter.

Purchase tickets to the Ladies of Laughter.