Big Apple Comedy Club Series NYC LADIES OF LAUGHTER Featuring finalists from the NYC Ladies of Laughter contest, this is standup comedy at 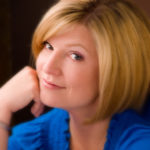 As an experienced stand up comedian, Kelly MacFarland has an extensive and well-rounded resume including comedy clubs, theaters, colleges and several television appearances.  She is the 2016 Ladies of Laughter Professional Winner from Turning Stone Resort Casino this year.

Kelly is currently touring clubs and colleges across the country and has entertained our US troops overseas.  Kelly headlined the 2009 Boston Women in Comedy Festival, was first runner up in the 2009 Boston Comedy Festival and voted Best of the Fest 2010 Aspen Rooftop Comedy Festival. Kelly has also appeared on Stand Up in Stilettos on the TV Guide Channel and Comedy Central’s Premium Blend. Kelly is the host of the web series, Fit or Fad on www.ulive.com. Most recently, Kelly was part of the Top 100 Comedians of Last Comic Standing Season 9 and appeared on AXS Gotham Comedy LIVE.

Kelly is also an accomplished improviser. She has performed with Fred Willard, Laura Hall and has been a resident cast member of the ImprovBoston National Touring Company since 2014. Kelly is currently writing a clever collection of short stories based on her stand up and her life. Kelly is also an experienced humor-wellness speaker. Sharing her life experiences in the unique way that only she can,  audiences are pleasantly surprised by her candor.  Kelly has been a featured keynote speaker for the American Heart Association GO Red for Women campaign for the last 10 years.

She captivates the crowd with her charm, and her refreshing yet playful point of view makes her irresistible.

Humorist, motivational speaker, TV & radio personality, actress, author, blogger and entrepreneur are all titles fitting for Karith Foster. She is one of the hottest comics to come out of New York City according to both The Hollywood Reporter and Backstage Magazine who named her one of the “Top 10 Comics to Watch.” She has made a name for herself as national headliner for being a clean, funny African-American comedian. Karith travels nationally and abroad bringing humor and inspiration to all of her audiences.