This event is a Schorr Family Firehouse Stage Rental. The event is being presented by Zarni de Wet and Jenn Grinels. All 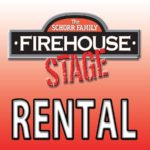 This event is a Schorr Family Firehouse Stage Rental. The event is being presented by Zarni de Wet and Jenn Grinels. All ticket purchases and inquiries must go through the link below.

More on the artists:
Zarni – http://www.zarnimusic.com
[for fans of Sara Bairelles, Adele] 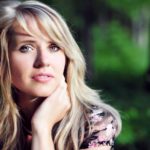 Zarni’s uniquely warm voice wears honest, heartfelt, and fresh lyrics right on the sleeve. The rising star, was born and raised in South Africa but spent many happy years in Binghamton and graduated from the Johnson City High School. She has toured the country captivating audiences with a charming stage persona and songs that will instantly win your heart.

“Behind that fresh young face is an old soul guided by an emotional wisdom beyond her years.”Chris Kocher Press and Sun Bulletin

“It’s in that emotional core that you find at the center of all Zarni’s work. Skinless, it feels honest, unguarded, and vulnerable. Zarni channels her raw feelings and emotion into words and sound, in a way that few artists do, or even can.”- Brian Snider, Secretly Important 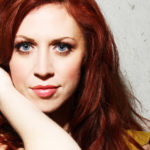 Award-winning musician Jenn Grinels is a dynamic songwriter, powerhouse vocalist and all-round entertainer that will absolutely captivate you.

“She is a rock and roll temptress conjuring musical spells that no one could resist. Whether quietly purring into the microphone or seriously belting out a tune, the audience was hanging on every note and lapping up every well crafted phrase…her performance was nothing short of amazing.”
– Kenneth Fish, San Francisco Examiner

The self-described “soulful, bluesy, jazzy, folk rock artist” has released three critically acclaimed full-length albums, built a loyal fan base all over the world and won numerous awards for her electrifying live performances. Her single “Right From The Start”(brokenHEARTbreaker) can be heard on radio stations nationwide and music from her full length albums has been featured in films and on several major television networks.

All seats are General Admission. Doors open at 7 PM.

Purchase tickets from Picatic.com. (You are leaving the GWT website and purchasing tickets through another organization.)