Funny and Fabulous Ladies of Laughter for Valentine’s Day

Ladies of Laughter, the popular showcase of female standup comedians, at the Schorr Family Firehouse Stage in Johnson City, Wednesday, February 14 at 7pm. The performance will feature Carmen Lynch and Liz Miele

Tickets are $15, and can be purchased online at goodwilltheatre.net or by calling the Box Office at (607) 772-2404, ext. 301. Ladies of Laughter is sponsored by the Oakdale Mall, and underwritten by the Schorr Family; and may not be appropriate for anyone under 18 years old.

“Ladies of Laughter, or LOL as we like to call it, is one of our most in-demand series,” said Naima Kradjian, Goodwill Theatre CEO. “Last season, we sold out three of the four LOL events, so get your tickets before they’re gone!”

“We’re hoping that since stand-up comedy isn’t exactly the typical ‘hearts-and-flowers’ Valentine’s activity, this will be a great way for single people to spend the evening, in the company of good friends, with lots of laughs,” Kradjian continued. “Of course, that doesn’t mean happy couples aren’t welcome to celebrate with us. We’ve already had several people buy tickets for the show as a Valentine’s Day gift for their partner.” 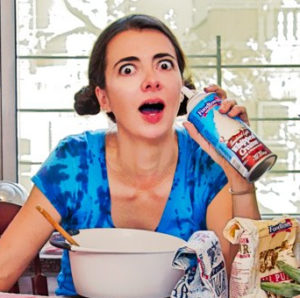 Carmen Lynch performs worldwide and has appeared on “The Late Show with David Letterman”, “Conan”, “Inside Amy Schumer”, “Last Comic Standing”, “The Late Show with Stephen Colbert”, and “Prairie Home Companion”. Her album “Dance Like You Don’t Need the Money” was named the 2017 Comedy Album of the Year by Sirius XM. She has also appeared in films, including “Amira & Sam”, “Carmen” and “Wanda Sykes Presents Herlarious” (2013). 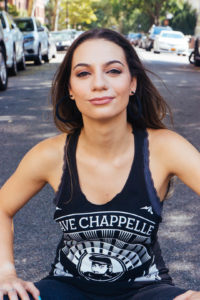 Other upcoming comedy events include “Late Nite Catechism”, February 16-18, and “The One-Man Star Wars Trilogy” on March 10. The final Ladies of Laughter show of the 2017-2018 season will take place on April 7.