Funny and Fabulous Ladies of Laughter

Kelly MacFarland and Carolyn Plummer will perform at the Schorr Family Firehouse Stage in Johnson City on Thursday, May 9, 2019 at 7pm. This performance will be the final Ladies of Laughter event of the 2018-2019 season.

Tickets are $15, and can be purchased online at goodwilltheatre.net or by calling the Box Office at (607) 772-2404, ext. 301. Ladies of Laughter is the Goodwill Theatre’s showcase series of award-winning female comedians. It is underwritten by the Schorr Family, and may not be appropriate for anyone under 18 years old.

“Ladies of Laughter, or LOL as we like to call it, is one of our most in-demand series,” said Naima Kradjian, Goodwill Theatre CEO. “We’ve sold out both LOL shows this season so far, so get your tickets before they’re gone!” 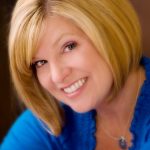 Kelly MacFarland is the 2016 Ladies of Laughter Professional winner at Turning Stone Resort Casino, and has an extensive and well-rounded resume including comedy clubs, theaters, colleges and several television appearances. She headlined the 2009 Boston Women in Comedy Festival, was first runner up in the 2009 Boston Comedy Festival and voted Best of the Fest at the 2010 Aspen Rooftop Comedy Festival. Kelly has also appeared on “Stand Up in Stilettos” on the TV Guide Channel and Comedy Central’s “Premium Blend”. She was part of the Top 100 Comedians of “Last Comic Standing” Season 9 and appeared on AXS Gotham Comedy LIVE. She has been a resident cast member of the ImprovBoston National Touring Company since 2014. 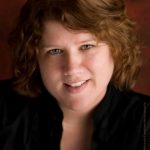 Carolyn Plummer has worked at clubs, colleges, dead animal lodges, theatres and corporations, appearing with many top headliners. She has participated in numerous festivals, including the Burbank Comedy Festival, Boston Comedy Festival, and the Women in Comedy Festival. She also won the Woody Herman Jazz Award.

The Schorr Family Firehouse Stage is located on the corner of Corliss Avenue and Willow Street in Johnson City. For more information, contact the Goodwill Theatre Box Office at: (607) 772-2404, ext. 301, or visit: goodwilltheatre.net or facebook.com/firehouse.stage