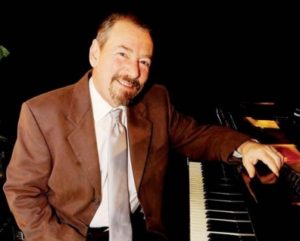 “David Scheel has performed in over thirty countries, and we’re fortunate to be able to bring him to the Firehouse Stage for a night,” said Naima Kradjian, CEO of Goodwill Theatre, Inc. “He’s well-known all over London, and was featured in three consecutive Edinburgh Festivals.”

David Scheel was born in Australia, and earned his concert diploma for piano at the University of Adelaide. He won a Variety Club of Great Britain award for his West End show, and has appeared on many top-rated BBC series, including “Stop the Week” and “The Garden Party”. In October 2002, Scheel undertook his first tour of Southeast Asia, and broke box office records throughout the region.

Tickets are $15, and can be purchased online at: goodwilltheatre.net or by calling the Box Office at (607) 772-2404, ext. 301. This performance may feature adult language and/or sensitive subject matter. Parental discretion is advised.