Everyone needs a good laugh every now and then, especially with the seasons changing and the temperature dropping. The outdoors can get depressing but with the right dose of laughter anyone can fight off the negative effects of cold weather! Did you know that frequent whole hearted laughter helps the body fight off harmful diseases?  With the seasons changing illness is more prominent so it’s time to start your laughing regimen. Laughing has also been proven to be a good work out; it tightens your abdomen and stomach. So if you have been putting off going to the gym or feeling under the weather laugh out loud with us on Friday November 6th at 7pm for the Ladies of Laughter standup comedy, part of the Big Apple Comedy Club Series, sponsored by Bates Troy and Visions Federal Credit Union; underwritten by the Schorr Family.

“Both Comediennes have performed for our audiences here and were very well received,” says Naima Kradjian. “We are really excited to have Chris Rich and Leighann Lord back at the Firehouse.” 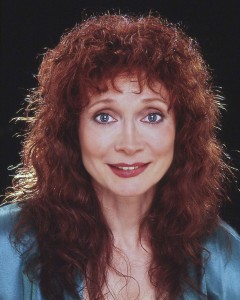 Chris Rich – As a result of winning the Ladies of Laughter Contest, held at Caesar’s Atlantic City Casino, Chris was given a long-running spot on Comedy Central’s Premium Blend. She’s also appeared as a featured comedian on ABC’s The View and on The Lifetime Network. She’s worked with Jerry Seinfeld, Sherman Hemsley, Joy Behar, Gilbert Gottfried, Roseanne, and Tony Danza, to name a few. Her performing career started, however, as a theatrical “triple-threat”: an actress, singer, and dancer in an endless stream of drama, opera, improvisational theater, and musicals: “I did ‘Oklahoma’ so many times I qualified for Farm Aid.” Those years of study and training led to becoming part of a resident company at The Walnut Street Theatre, The Trenton Civic Opera, Bucks County Playhouse, and productions at The Actors’ Playhouse in NYC. Chris is returning to the Firehouse after her successful performance last season.

Leighann Lord – Smart, sexy, savvy, and funny, Leighann Lord’s “heads up humor” is stand-up comedy at its finest. Inspired by the brilliance of George Carlin, the smooth jazz style of Franklyn Ajaye, and the elegance of Rita Rudner, Leighann has crafted her own unique brand of Thinking Cap Comedy. It’s no wonder she received the NYC Black Comedy Award for “The Most Thought Provoking Black Female Comic.”  And for two consecutive years, Leighann was Harlem Week’s official comedian. (The only other comedian in Harlem Week’s history to earn that distinction was Richard Pryor.) Leighann has performed around the world. In London she appeared at The Comedy Store, and on the BBC show Blouse and Skirt (think Politically Incorrect meets BET). In The Netherlands, she was a guest on the popular late night talk show Raymann is Late! and The Comedy Factory.  A festival favorite, Leighann has been featured in the Trinidad, Montreal, Winnipeg, Halifax, Boston, Detroit and NYC Underground Comedy Festivals.  She also entertained U.S. troops stationed in Afghanistan, Pakistan and Saudi Arabia during Operation Enduring Freedom, as well as troops helping the Haitian earthquake relief effort (Operation Unified Response.)

In addition to her long list of comedy industry credentials, Leihann is the co-host of Star Talk Radio with Neil deGrasse Tyson. Leighann is also a returning comedian to the Ladies of Laughter.

Tickets for the Ladies of Laughter are $15. The Firehouse offers a 20% discount to veterans and teachers; however, discounts cannot be combined. Tickets can be purchased online at: www.goodwilltheatre.net or by calling the Box Office at (607) 772-2404, ext. 301.