Ladies of Laughter Return on Oct. 17!

Ladies of Laughter provides funny women the opportunity to showcase their unique styles of humor. Their mission is to encourage and promote new and professional comediennes from all walks of life to share their humor with audiences. Ladies of Laughter features the brightest new and professional comediennes in stand-up comedy, including women who have appeared on television and in major nightclubs. The finalists and semi-finalists from the 2014 competition will be showcasing their talents at the Schorr Family Firehouse Stage this season.

The comediennes performing on this portion of the tour are Shelly Colman and Alycia Cooper. 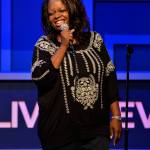 In addition to being the 2014 Professional National Grand Champion, Alycia Cooper has been the opening act for such household names as: Dick Gregory, Paul Mooney, Whitney Cummings, Felipe Esparza, Bob Marley, and Tony Rock, to name a few. Alycia is a favorite at clubs and casinos all across America and has appeared on “America’s Got Talent,” and “Nick’s Mom’s Night Out.” 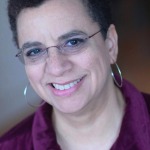 Shelly Colman is the 2014 Newcomer National Grand Champion and a native New Yorker.  She was born in Brooklyn a million years ago, before it was Hip and has been un-hip ever since.  She has been performing since 3rd grade when she played Glinda, the Good Witch of the North, in P.S. 161’s abridged version of The Wizard of Oz. More recent highlights include performances at The New York Shakespeare Festivals Public Theater, Absolute Comedy Toronto & Ottawa and most recently, Gotham Comedy Club with the Ladies of Laughter. When she’s not on stage you can hear her on 90.7 WFUV FM and WFUV.org

Tickets for NYC Ladies of Laughter are $15. The Firehouse also offers a 20% discount to veterans and teachers; however, discounts cannot be combined. Tickets can be purchased online at: www.goodwilltheatre.net or by calling the Box Office at (607) 772-2404, ext. 301.