The Big Apple Comedy Club Series brings back the Ladies of Laughter. You won’t want to miss two of the most celebrated women in New York City making their return to Johnson City after a well-received first visit. These two ladies put the “fun” in funny! The Goodwill Theatre presents the Ladies of Laughter on Friday April 10, 2015 at 7 p.m. at the Schorr Family Firehouse Stage. The Big Apple Comedy Club series is underwritten by the Schorr Family and sponsored by Bates Troy.

The Ladies of Laughter competition provides funny women the opportunity to showcase their unique styles of humor. Their mission is to encourage and promote new and professional comedians from all walks of life to share their humor with audiences. Ladies of Laughter features the brightest new and professional comedians in stand-up comedy, including women who have appeared on television and in major nightclubs. Finalists and semi-finalists from recent competitions at the Gotham Comedy Club in New York City will be showcasing their talents at the Schorr Family Firehouse Stage this season. 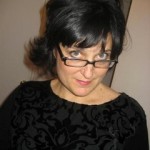 NYC,  New Jersey Stand-Up  Comedian, Robin Fox spent 17 years as a full-time mom and dieting. Then one day, Robin gave up dieting and decided to make her lifelong dream of being a comedian a reality. Today she is happier than she can ever remember and will never look back! Original and funny, she talks from her heart about the frustrations of suburban living, marriage, and raising a family. No longer is she willing to just be the funniest mom on her New Jersey cul-de-sac. This New Jersey mom is now a regular on the comedy scene playing at the top clubs in NYC and surrounding areas. Robin rose through the comedy ranks very quickly and has been a finalist at several prestigious comedy contests and festivals including Philly’s “Funniest Comedian” contest, and Baltimore’s “Funniest.” 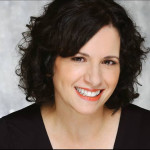 Patty Rosborough – Winner of the 2000 Ladies of Laughter Competition held in Atlantic City, Patty is a top New York City comedian with a long list of credits including headlining at the Montreal Just for Laughs Festival, the BBC’s “The World Stands Up”, VH1, Showtime, and co-hosting Comedy Central’s “Short Attention Span Theater” with Jon Stewart.  You can follow her breathless, frenetic, and shamelessly uninhibited performances through every major club throughout the country.

Tickets for the New York City Ladies of Laughter are $15. The Firehouse offers a 20% discount to veterans and teachers; however, discounts cannot be combined. Tickets can be purchased online at: www.goodwilltheatre.net or by calling the Box Office at (607) 772-2404, ext. 301.

Purchase tickets to the ladies of laughter on April 10.