‘Heart Like A Wheel: A Tribute to the Music of Linda Ronstadt celebrates one of the most beloved and versatile pop singers of the past five decades. Hear the hits that Linda Ronstadt helped make famous (“You’re No Good,” “Blue Bayou,” “When Will I Be Loved,” “It’s So Easy,” “That’ll Be the Day,” “Desperado,” “Heat Wave” and many others) as well as stories behind the songs that highlighted her career. 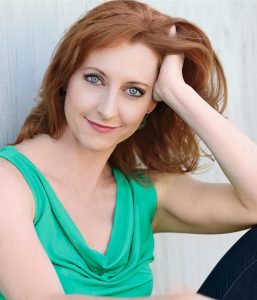 Rita Harvey has performed the role of Hodel in the Broadway revival of “Fiddler on the Roof,” directed by David Leveaux and starring Alfred Molina, Harvey Fierstein and Rosie O’Donell. She made her Broadway debut performing the role of Christine Daae in “The Phantom of the Opera” after two and a half years in the role with the national touring company. Rita created the role of Lady Edith in the Off-Broadway hit musical “The Prince and The Pauper” at the Lambs Theatre. Also Off-Broadway, Rita has appeared as Ethel Chicester in “Peg O’ My Heart” at the Irish Repertory Theatre, Katrrin Binder in “Flirtation” at the Marvel Rep., and Diva in Terrance McNally’s “Plesir D’more” at 59E59 Theatre. Rita is married to Broadway composer and Binghamton University Grad Neil Berg.