Magician Alex Boyce will be joined by international sensation Derek Hughes for “BAM! It’s Magic!” – a magic show with a comic twist – at the Schorr Family Firehouse Stage on Friday, January 12 and Saturday, January 13 at 7pm.

Tickets are $15, and can be purchased online at goodwilltheatre.net or by calling the Box Office at: (607) 772-2404, ext. 301. The interactive performance, sponsored by Sentry Alarms, and underwritten by the Schorr Family, will feature sleight of hand, charm, wonder, mystery, astonishment – and comedy.

“This is the third year we’ve had Alex choose a guest magician and perform at the Firehouse,” said Naima Kradjian, Goodwill Theatre CEO. “Last year’s performance sold out, so this year, we’ve added a second performance.”

“BAM! It’s Magic!” is a sophisticated evening of exciting impossibilities in an intimate cabaret setting. Alex Boyce and Derek Hughes, travelling from NYC and Los Angeles respectively, will create memorable moments, assisted by members of the audience, for memories that will last far beyond the performance. 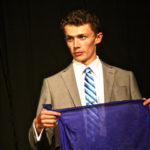 Alex Boyce’s appearance with the Philadelphia Orchestra was hailed as “enchanting” by the Philadelphia Inquirer. He began his training at the age of 11, when he began attending the prestigious Tannen’s Magic Camp. He has since been invited back as an instructor, and has continued his own training as a Drama student at NYU Tisch School of the Arts. He is a frequent performer at Monday Night Magic, NYC’s longest running magic show. He has appeared on NBC’s “The Today Show”, and performed at Bryn Mawr College, Norfolk Marriott Waterside, the Dick’s Sporting Goods Open, Greek Peak, and Scott’s Resort on Oquaga Lake. He contributed his expertise as the Magic Consultant at Lincoln Center for “How to Transcend a Happy Marriage” by Sarah Ruhl starring Marisa Tomei, and the upcoming Netflix feature, “The Week Of”, starring Adam Sandler and Chris Rock. For more information, visit: BoyceMagic.com 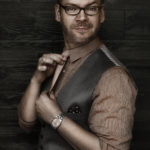 Derek Hughes was described by the New York Times as “thoroughly entertaining.” The celebrated conjurer, known as “The Stand Up Magician”, has performed his magic on MTV, VH1, Comedy Central, and the CW’s “Penn & Teller: Fool Us”.  He is a consulting producer on TRUtv’s hit magic series, “The Carbonaro Effect”, and was a top ten finalist on NBC’s “America’s Got Talent”.

“In addition to the second performance of BAM!, we’ve also added a children’s magic show on Saturday afternoon, which will feature Chris Capehart,” said Kradjian. “Because Alex and Derek’s show is intended for ages 15 and up, we wanted to offer an alternative for families with younger children.”

“BAM! It’s Magic for Kids!” will be held on Saturday, January 13 at 2pm. Tickets are $10 for adults, $8 for senior citizens and children/students. 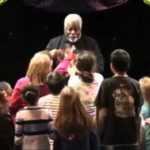 Chris Capehart is featured in the highly acclaimed magic series “Stars of Magic”, performing his celebrated three rings routine. He has performed at the Magic Castle in Hollywood and the Blackpool Magic Convention in England. He was awarded the Senator Crandall Award for Comedy at the Abbott’s Convention in 2002. He was the Master of Ceremony for the SAM National Convention in Las Vegas. He has performed in Atlantic City, Las Vegas, Philadelphia, Hollywood, Chicago, Denver and numerous other cities, and is a regular headliner at MondayNight Magic in New York City.