Goodwill Theatre, Inc. kicked off their first full season of programming at the historic Johnson City Firehouse on October 14 2007, with a concert by Maestro John Covelli on George F. Johnson’s 150th birthday.

This October, the Schorr Family Firehouse Stage will celebrate its tenth season with several special events, the first of which will commemorate the first performance of the inaugural season, and honor Mr. Covelli’s subsequent classical piano concerts at the Firehouse Stage, on October 14, 2017 at 4:00 p.m. 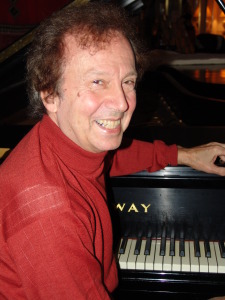 The special anniversary tribute concert will feature special guest musicians from the past ten years of classical piano performances, with a finale by the Maestro himself, and a post-show reception with hors d’oeuvre and canapes. Tickets are $35 for adults, $30 for seniors and students, and can be purchased online or by calling the Box Office at: (607) 772-2404, ext. 301.

Other highlights of the 2017-2018 season will include a Mason Warrington Orchestra concert featuring patriotic music in honor of Veteran’s Day, on November 12, a Jimmy Durante tribute by Grover Kemble on March 4, 2018, and a Bob Dylan tribute featuring Marissa Mulder on April 27, 2018.

Season brochures will be mailed out to previous ticket buyers and donors, and can also be downloaded from: goodwilltheatre.net

“We are so grateful and humbled at how enthusiastically our project has been embraced by this community,” said Naima Kradjian, Goodwill Theatre CEO. “Our staff has worked to put together a 2017-2018 season that brings back some of the most beloved performers and groups from the past ten years, including Maestro Covelli, magician Alex Boyce, and the beloved Mason Warrington Orchestra.”

The first event of the 2017-2018 season will be a Firehouse Jazz Session on Monday, October 9.

“Jazz Sessions are similar to our Monday night Jazz Jams, in that they will 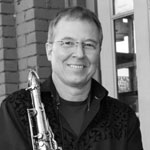 feature a variety of Southern Tier jazz performers,” said Kradjian. “This year, we’re making some changes to distinguish our jazz events from the many open-mic style ‘jams’ that have sprung up in the area in the past five years. Instead of encouraging musicians to just ‘drop by and jam’ as we have in the past, main performers of each session will be carefully curated, chosen in advance by host Mike Carbone, who serves on our Board of Directors.”

Goodwill Theatre, Inc. will celebrate the start of the tenth season with a special event on Tuesday, October 10, which will feature their tenth annual $10,000 Raffle drawing (“Ten Years of $10K on 10/10”), and a presentation introducing the upcoming shows.

“Anyone who has purchased a raffle ticket is welcome to attend this event with a guest of their choice,” said Kradjian. “Raffle tickets are still available to purchase on our website, or by calling our Box Office. Only 300 tickets are sold each year, so you have a much better chance to win than you would if you were buying a lottery ticket.” 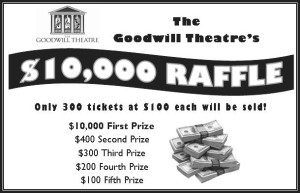 “The raffle helps us to pay for the coming season of shows, and supports our overall mission of restoring the historic Goodwill Theatre and connecting both theatres as part of a multi-venue performing arts complex and educational conference center,” said Kradjian. “Some previous raffle winners have donated their prize money back to our project, because they really believe in our vision.”

Other ways to support Goodwill Theatre and the Schorr Family Firehouse Stage include: joining the Hook & Ladder Society, which allows members to reserve tables at events they attend; by buying an ad in the season program, either for a business or a congratulatory ‘Happy Ad’; by attending, or better yet, sponsoring, the Stardust Gala and Artiste Salon fundraisers; or with a recurring monthly donation.

“For less than what you pay for your Netflix, or your gym membership, you can help our project survive and thrive,” said Kradjian. “If you’ve enjoyed our programming over the last ten years, you’ll be blown away by the next ten!”