Pat Nixon once called the role of First Lady “the hardest unpaid job in the world”, and it’s difficult to imagine exactly what she and other First Ladies experienced – but “Tea for Three” offers a glimpse into the lives of three different Presidential wives.

The educational and moving one-woman show is a fictional account based on the lives of three first ladies: Lady Bird Johnson, Pat Nixon, and Betty Ford, and takes place in the White House in 1968, 1974 and 1976. “Tea for Three” was written by Elaine Bromka and Eric H. Weinberger and has been touring nationally since 2004. 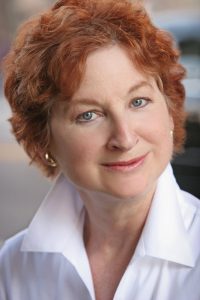 Elaine Bromka has starred on Broadway in “The Rose Tattoo”, “I’m Not Rappaport”, and “Macbeth”; and Off-Broadway in “Cloud 9”, “Split”, and “Candide”, as well as regional productions across the country. Her performance as Shirley Valentine was cited as the outstanding solo performance in New Jersey in 1997 by the Star Ledger. She has appeared in the films “Uncle Buck”, “Without a Trace”, and “In the Family”, and on television in series such as “The Blacklist”, “Girls”, “ER”, “The Sopranos”, “Providence”, “Dharma & Greg”, “Sisters”, “L.A. Law”, and “Law and Order”. She played Stella Lombard on “Days of Our Lives”, and won a New England Emmy Award for her role on “Catch a Rainbow”. She also starred as eight First Ladies opposite Rich Little in “The Presidents” for PBS. For more information, visit:  www.elainebromka.com