The Music of Tom Waits on October 18 at 7 PM 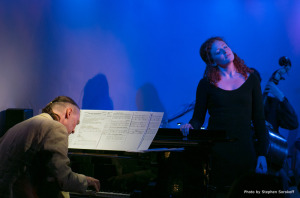 Syracuse native turned NYC cabaret star, Marissa Mulder, joined by NPR’s Piano Jazz host Jon Weber, will showcase the music of legendary artist Tom Waits on Saturday, October 18 at 7 PM at the Schorr Family Firehouse Stage.  Tom…In His Words is the first performance in the 2014-2015 Songbook Series at the Schorr Family Firehouse Stage and is sponsored by Mondorf & Fenwick.

With the grit of a sheriff facing down an outlaw, Mulder takes Waits at his word, exploring some of his iconic songs such as “Downtown Train” and “Ol’ 55”, as well as lesser-known treasures like “Broken Bicycles” and “Alice.” Waits — the 2011 Rock and Roll Hall of Fame inductee — has always operated on the fringes, blending strains of jazz and the blues, even vaudeville, into his rock ballads and scores.

The show has become one of the most daring and counter-intuitive pairings in cabaret history.  “I am drawn to the heartache and truth in Tom’s lyrics and you can say that I am fearful of what is broken.” Mulder said. “But I’m understanding that I didn’t get my sunny disposition by sitting in the sun.”

The live recording of “Tom…in His Words” was recently named “Best Recording Of The Year” by the Manhattan Association of Cabarets and Clubs. The Association also named Mulder “Major Artist Of The Year.” 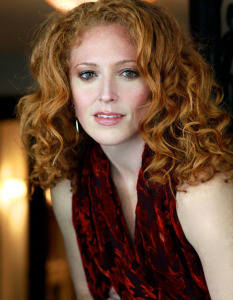 Marissa Mulder, a 29 year old singer- actress and native of Syracuse, left home in 2007 and has gone on to become one of the most successful cabaret artists in all of New York City with three solo shows. Stephen Holden of the New York Times said that Mulder’s latest show Tom.. In His Words was “far and away the season’s best cabaret show.” She has been a featured guest and singer on Piano Jazz hosted by Jon Weber on NPR. She was the winner of the 2013 Julie Wilson Noel Coward award which was presented to her at the Cabaret Convention at Lincoln Center. She was the winner of 2014 MAC (Manhattan Association of Cabarets and Clubs) award for Major Artist and Best Recording for “Tom…In His Words.” She frequently performs at the famed restaurant Le Cirque with her Jazz Trio. She has performed at esteemed venues such as The Carlyle, Lincoln Center, Town Hall, The Algonquin Hotel, 54 Below, Joe’s Pub, Stage 72, The Metropolitan Room among others. In June she will make her Carnegie Hall debut singing in a tribute to the late singer Margaret Whiting. She has two CDs “Illusions” and “Tom.. In His Words” both available for purchase on ITUNES, Amazon and CDBABY. For more information please visit www.marissamulder.com. 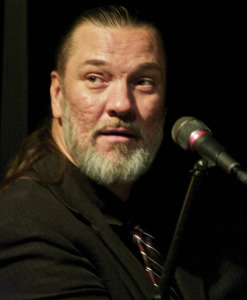 Incredibly, Weber expanded his repertoire and developed his craft without studying piano or composition. In fact, he never saw chord symbols before joining the Mark Kleckley Big Band at 16. Perhaps the absence of musical “rules” kept Weber’s young mind open and ever creative. He spent his teen years developing counterpoint in his left hand by playing guitar (during a 2-year hiatus from piano). But ultimately realized his greatest joy was at the keyboard composing and arranging for all types of ensembles including the Milwaukee Symphony Orchestra.

He’s even been declared “Man of the Day” by the Icelandic government.

Tickets for Tom…In His Words are $25 for adults and $20 for seniors and students. The Firehouse also offers a 20% discount to veterans and teachers; however, discounts cannot be combined. Tickets can be purchased online at: www.goodwilltheatre.net or by calling the Box Office at (607) 772-2404, ext. 301.