The Spirit-The Music of Johnny Cash

Back by popular demand!  After two sold out shows in 2011, Harold Ford and his band return to 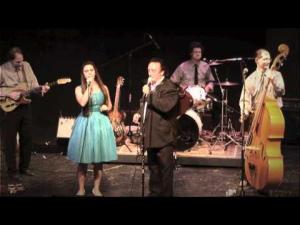 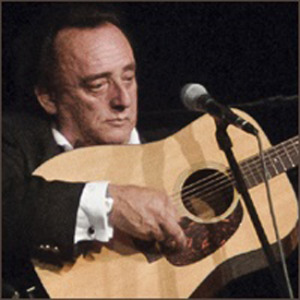 Harold Ford’s voice and physical resemblance to Johnny Cash are unmistakable, making him a natural as a Johnny Cash tribute artist. Ford grew up in the foothills country between the Berkshire and Green Mountains bordering New York State. Raised on the old American pioneer songs, at the age of four, Harold began singing duets and harmonies with Sister Dorothy. Father accompanied them on the banjo and Mother followed along with the piano. Music and a pioneering love of America became an integral part of his existence.

“We are thrilled to bring Harold back to the Firehouse this season,” said Naima Kradjian, CEO.  “Our audience has been asking for him to return from the day after his last show here.  It was an evening of wonderful music that we look forward to experiencing again.”

As an adult, Harold spent many years driving the cross country roads and corridors of America, often with family in tow. Weaving his way north, south, east, and west and settling in towns and villages along the way, Harold explored the back roads, country woods and the people of this great land. As a true American figure and artist himself, Harold Ford’s many experiences make him a storyteller in his own right and lend a deep identification to Johnny Cash’s music.

Tribute Artist Laura Lucy embodies the spirit of June Carter Cash with her captivating presence and light hearted nature. The endearing harmonies of Johnny Cash and June Carter Cash are recreated and come alive with duets such as “Guitar Pickin’ Man,”  “Jackson” and other favorites.

Harold’s Red Hot Band brings back to life Johnny Cash’s timeless signature sounds, from the early days all the way through to the final American Recordings. Providing the energetic rhythm for Harold Ford and Laura Lucy, you would think this versatile group of musicians emerged from the hills of Tennessee.  They recreate the sounds of Johnny Cash’s rhythm section. From the distinct lead guitar of Luther Perkins to the upright slap bass of Marshall Grant, and the rolling drums of W.S. Holland, expect a brilliant sound. As every note unfolds, audiences sit mesmerized by the performance of Harold Ford and leave stunned.

Johnny Cash’s music is presented in an informal ensemble of songs, spanning his entire career, creating a concert very similar to what Johnny would have produced and performed. True to Johnny’s style of showcasing guest artists and sharing the stage, you will hear Carter family songs as well as Statler brother harmonies recreated. Laura Lucy as June Carter embodies June’s playful nature as she wraps the audience around her little finger. The endearing harmonies of Johnny and June come alive.

Tickets for A Tribute to Johnny Cash are $25 for adults, $20 for seniors and students. The Firehouse also offers a 20% discount to veterans and teachers; however, discounts cannot be combined. Tickets can be purchased online at: www.goodwilltheatre.net or by calling the Box Office at (607) 772-2404, ext. 301.