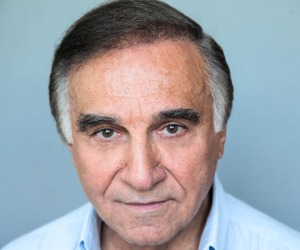 The Goodwill Theatre presents The Little Flower featuring Tony Lo Bianco.  A one-man show set in the City Hall office of Fiorello La Guardia, during his final day as three-term mayor of New York City. The Little Flower performance will be at the Helen Foley Theater at Binghamton High School on Tuesday, October 21 at 7 PM and is sponsored by IBM.

The Little Flower presents a historic look into the life and career of Mayor Fiorello H. La Guardia – a courageous and flamboyant personality 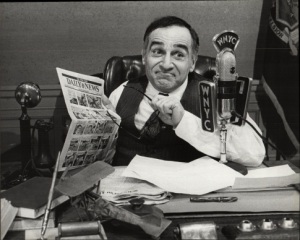 , who read comics to the children during a newspaper strike, fought against corruption and cleaned up city politics setting a new standard for mayors and politicians in America.  He was a great statesman and champion of the poor and under privileged, and a father figure to millions of Americans living through the hard times of the 1930s and 1940s.  La Guardia was a man of integrity with outstanding principles, morals and values whose voice resonated throughout America. He was steadfast in standing up for his beliefs regardless of obstacles, challenges or political agenda.

Lo Bianco will also perform A Little Flower during the school day to students at Binghamton High School on Wednesday, October 22, and give a presentation to members of the Binghamton University Forum on Tuesday, October 21.

Lo Bianco is distinguished as much by its depth and variety, as by the skills and gifts Lo Bianco has brought to his work. He has appeared in numerous films, television programs, and stage performances, both on-screen and off as a writer, director, and producer. Throughout his career, Lo Bianco has collaborated with many of the brightest creative minds in the performing arts, both past and present.

On stage, Lo Bianco won an Obie Award for Best Actor in Jason Miller’s Yanks-3, Detroit-0, Top of the 7th Off-Broadway. Following his memorable performance as Eddie in Arthur Miller’s A View from the Bridge on Broadway, he was nominated for the Tony Award for Best Actor, and won the Outer Critics Circle Award. He also won a New York Area Television Academy Award and daytime Emmy for Hizzoner! The Life of Fiorello La Guardia.

On screen, Lo Bianco regularly portrays tough-guy, blue-collar roles on both sides of the law as policemen, mobsters, and crime bosses. As a former Golden Gloves boxer, Brooklyn-born New Yorker, and Italian-American, Lo Bianco has relished these opportunities to bring colorful life to all types in film and television.

His best known film performances are as Sal Boca in The French Connection with Gene Hackman; as Ray Fernandez in cult classic The Honeymoon Killers; as Peter in God Told Me To; Bloodbrothers with Richard Gere; City Heat with Clint Eastwood; Oliver Stone’s Nixon with Anthony Hopkins; The Juror with Alec Baldwin and Demi Moore; and F.I.S.T. with Sylvester Stallone. His most recent film appearance is 2011’s Kill the Irishman, alongside Vincent D’Onfrio, Val Kilmer, and Christopher Walken and 2013’s Send No Flowers with Sean Young, Gianni Russo, Jackie Martling and Robert Clohessy.

On television, Lo Bianco starred as fighter Rocky Marciano in 1979’s Marciano, and again in the remake, The Rocky Marciano Story with George C. Scott. He appeared in the mini-series Marco Polo; Jesus of Nazareth; La Romana; and The Last Tenant with legendary acting teacher Lee Strasberg. He has appeared over the years in several Law & Order episodes; Murder, She Wrote; The Twilight Zone; and Get Smart. As a director, Lo Bianco directed several episodes of the television series Police Story, the feature film Too Scared to Scream, and several other television series.

In 1963, Lo Bianco co-founded the Triangle Theater and served as artistic director for six years, during which time lighting designer Jules Fisher, playwright Jason Miller, and actor Roy Scheider, passed through its doors. Lo Bianco directed eight productions and produced twenty-five others. The Triangle actively continues to produce theatre on the Upper East Side today.

Lo Bianco served as the National Spokesperson for the Order Sons of Italy. His many humanitarian efforts have earned multiple awards, including the Eleanora Duse Award for Outstanding Contribution to the Performing Arts; Man of the Year for Outstanding Contributions to the Italian-American Community from the Police Society of New Jersey; a Man of the Year Award from the State of New Jersey Senate; a Lifetime Entertainment Award from the Columbus Day Parade Committee; the 1997 Golden Lion Award; and the Humanitarian Award of the Boys’ Town of Italy, the Ellis Island Medal of honor and is a member of the Italian American National Hall of Fame.

Tickets for A Little Flower are $15 for adults, $10 for seniors and students. The Firehouse also offers a 20% discount to veterans and teachers; however, discounts cannot be combined. Tickets can be purchased online at: www.goodwilltheatre.net or by calling the Box Office at (607) 772-2404, ext. 301.

This performance will be at the Helen Foley Theater at Binghamton High School.