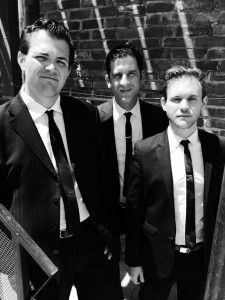 Too Marvelous for Words

Too Marvelous for Words: A Celebration of the Nat “King” Cole Trio” is a fun and swingin’ journey into the early days of Nat King Cole.  Before his big hits such as “The Christmas Song” and “Mona Lisa” that many remember being performed standing in front of the orchestra, Nat was recording and playing (from the piano bench!) some of the most influential music of the day, leaving an impact not only on an array of singers but on pianists such as Oscar Peterson and Ahmad Jamal. Drawing on his experience as both an actor and a singer/pianist, Peter Smith (creator) effortlessly weaves in stories from this period in Nat King Cole’s life as they relate to the song selections, creating an evening that is fun, informative and will leave you tapping your feet, and pondering some fascinating tidbits from Nat’s life. All Too Marvelous for Words will be performing on Saturday April 2nd at 7pm. This amazing performance is the last of the Music Hall Concert Series, sponsored by IBM.

“We are very excited to bring this musical trip down memory lane to the Firehouse. The performers are outstandingly talented in their own right. Then you add Nat’s Music on top of it and it’s a dream come true. You cannot really afford to miss this show,” said Naima Kradjian Goodwill Theatre CEO. 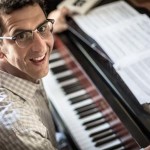 PETER SMITH – served as co-producer and arranger on Molly Ringwald’s Concord Records release of “Except Sometimes,” her first solo album. He has played on major stages large and small: Iridium (NYC), Jazz Alley (Seattle), Yoshi’s (SF), Blues Alley (DC), Montreal Jazz festival, Vector Arena (NZ), Melbourne Recital Centre (AUS), and many, many more. Peter was the associate Musical Director on DUETS, the hit singing competition show on ABC. As associate musical director, Peter worked directly with Kelly Clarkson, Jennifer Nettles, Robin Thicke and John Legend, not only accompanying them and their contestants in rehearsal, but collaborating with them on the musical arrangements for the show 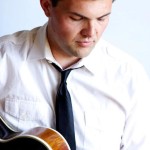 JOHN STORIE – For over a decade, John Storie has been an active contributor to the jazz and classical music scenes of Portland, OR and Los Angeles, CA. As a founding member of the New West Guitar Group, John has performed across the country and gained recognition as a well-respected jazz guitarist. Over the years, he has been recognized by the Downbeat Student Music Awards, the National Foundation for the Advancement of the Arts, Jazz Society of Oregon, Cascade Festival of Music, Guitar Foundation of America, the ASCAP Foundation, and Thelonious Monk Institute of Jazz. 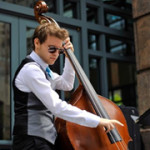 ALEX FRANK – He may only be in his mid20s, but Alex Frank has already established himself as a first call bassist for film (Jersey Boys, Black Nativity), Jersey Boys The Movie television (Modern Family, Friends With Better Lives ), and records (Bruce Forman, Dave Damiani). Along with Pianist Peter Smith and guitarist John Storie, Alex recently founded the group Too Marvelous For Words, a tribute to the original Nat King Cole trio, which has begun touring nationally. Alex has also become an in demand accompanist for jazz singers and TV shows such as America’s got Talent, Still Standing and the Secret Life of the American Teenager.

Tickets for Too Marvelous for Words are $25 Adults $20 Seniors. The Firehouse offers a 20% discount to veterans and teachers; however, discounts cannot be combined. Tickets can be purchased online at: www.goodwilltheatre.net or by calling the Box Office at (607) 772-2404, ext. 301.