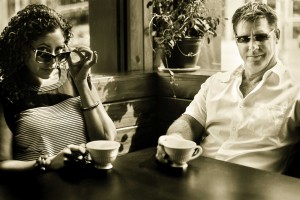 Vocalist Ayana Del Valle and Pianist/Vocalist Laurence Elder blend their finely-honed talents & showmanship, creating a revitalizing new brew of music! While in the process of recording their “series of demos,” they appear on the music scene performing a variety of tunes, mainly but not limited to jazz, pop, and blues genres. Whether they’re performing original material or refreshing reinventions of popular classics, Xpresso Love has the right brew for you! Warm up at the Firehouse Sunday October 18th at 2pm, “Autumn in New York with Xpresso Love” is part of the Jazz Concert Series sponsored by Bates Troy. 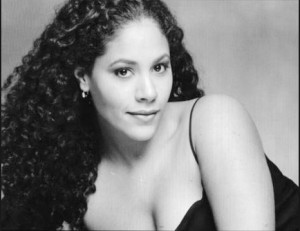 Ayana Del Valle is a captivating and innovative singer/songwriter whose sweet and soulful vocals have been swingin’ NYC venues since she moved there from upstate NY three years ago. Rooted and educated in jazz, this puertorriquena infuses her keen sense for jazz improvisation with R&B, soul, pop, hip-hop, and Latin. It’s her passion and ability to thrive on the moment that support this unique combination of elements, making her music come to life and keeping audiences on their toes! Born and raised near the small city of Binghamton, NY, Ayana eagerly grew up listening to the cultured sounds of jazz, Latin-jazz, doo-wop, R&B, and pop, performing such music as a child for family and friends. Her genuine sound is much inspired by musical legends such as Mariah Carey, Ella Fitzgerald, Stevie Wonder, Whitney Houston, and Eryka Badu to name a few. It was the Ella Fitzgerald CD her father gave her while in her teens that inspired her to sing jazz. Ayana’s professional music career was ignited while attending the Conservatory of Music at Purchase College. 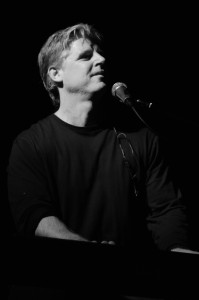 Laurence Elder has swiftly established a strong musical presence in the wake of his sold-out CD release concert at the Van Dyke Café in Miami Beach. His fresh inspired blend of jazz, rock, blues and pop, along with his “triple threat” talents as a singer-songwriter-pianist, set his music apart as a vital original sound. Already a signed artist on ESC Records in Europe and in Japan on the P-Vine lable, Laurence has recorded with Grammy winners Paquito D’Rivera and Peter Erskine, who both appear as guests on his critically acclaimed debut album, “Surrounded.”

The Album was recently featured in JAZZIZ Magazine and the accompanying “JAZZIZ on disc” CD sampler, the arts and entertainment section of the Miami Herald, as well as receiving a four-star review in Modern Drummer Magazine. Recent performances include the new Arturo Sandoval Jazz Club, a Valentine’s Day show at the Deering Estate attended by over 2000 fans, and a concert opening for Al Dimeola, who has Laurence on his short list of favorite musicians.

Laurence’s background as a seasoned jazz pianist includes a Master’s Degree from the University of Miami’s prestigious music school, but on “Surrounded” his evolution as a singer-songwriter is more than apparent as he blurs the lines between genres. “Like Sting, Paul Simon, and Stevie Wonder, Laurence has the ability to go beyond jazz’s traditional boundaries,” says JAZZIZ Magazine owner and chief editor Michael Fagien, a big fan of the album.

While working on a second album, Laurence continues to share his music with the world. His band consists of some of the industry’s most sought after musicians, whose collective touring and recording credits include Tito Puente, Paquito D’Rivera, Ruben Blades, Chayenne, Juan Luis Guerra, and Nestor Torres, among many others.

The band for this performance includes:

Tickets for the Autumn in New York Xpresso Love are $25 for Adults and $20 for Seniors. The Firehouse offers a 20% discount to veterans and teachers; however, discounts cannot be combined. Tickets can be purchased online at: www.goodwilltheatre.net or by calling the Box Office at (607) 772-2404, ext. 301.